Extroversion is a trademark for UTC International Transport SA – Liberal.gr

“The increase in exports and the strengthening of the economy help in its development, and therefore in the prosperity of the country. We have to understand at some point that there cannot be growth only with tourism and unfortunately the latest events of the Covid-19 crisis confirm it “. Indeed, the pandemic confirmed exactly what the president of UTC International Transport S.A. claimed in September 2020, between the two lockdowns of the Greek economy. (https://www.utc.gr).

In 2020, UTC was in the first place among the top 10 transport companies – members of IATA in Greece and excelled despite the previous year being very difficult and the competition fierce and often unfair. 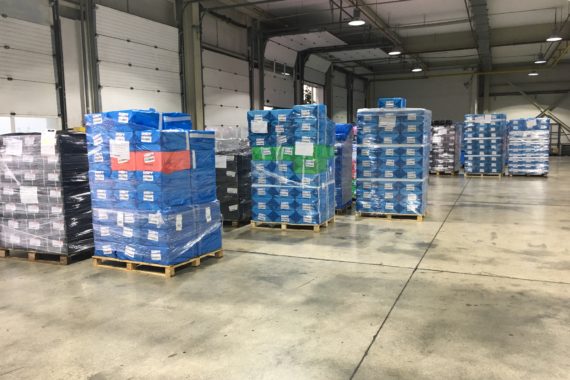 The fierce competition is evident from the fact that Greece’s main competitor in the export of fresh fish, a field where UTC strongly specializes in, is Turkey, which has a very powerful weapon, Turkish Airlines, which makes it powerful, in an unfair way, however.

In fact, Turkish Airlines is a national/state company, which flies directly and with low rates to distant destinations, such as the USA, Canada and other major and critical markets for the Greek products. On the other hand, transport from Greece, since there is no national airline of similar dynamics, are performed with stops at intermediate stations, a factor which increases the time and the rates.

However, UTC is an important weapon in the exporting business of our country. A strong example of it, is the fact that it transports 99% of the fresh fish from Greece abroad. The company was founded in 2004 by a group of skilled executives in the field of perishable products transport, with specialized experience and expertise since they have been involved in aquaculture-fishery industry since 1989.

UTC has stood out in 11 different areas of transport in all its stages: from works of art and high value goods (jewelry, precious stones, watches) and high sensitivity goods (food, pets), to spare parts and supplies for ships.

The range of its activity is also demonstrated by the fact that its clientele includes companies operating in 18 different industries – some with a notable presence and others with a leading role – in 10 different countries (Greece, Cyprus, USA, Dubai, Japan, Canada, the United Kingdom, Germany, the Netherlands, Hong Kong).

Based in Athens, at “El. Venizelos ” airport, it serves all of Greece, having developed partnerships with all airlines, 365 days a year, 24 hours a day, offering its customers the opportunity to transport their goods (sensitive, perishable and valuable) in the lowest possible cost.

UTC’s capabilities are constantly evolving, as they have evolved over the last 17 years. At the same time, the executive company gives to the Greek economy, in addition to its valuable services, an example of how extroversion, innovation and the leading role in the global market can be characteristics of the Greek economy even under the most difficult conditions.